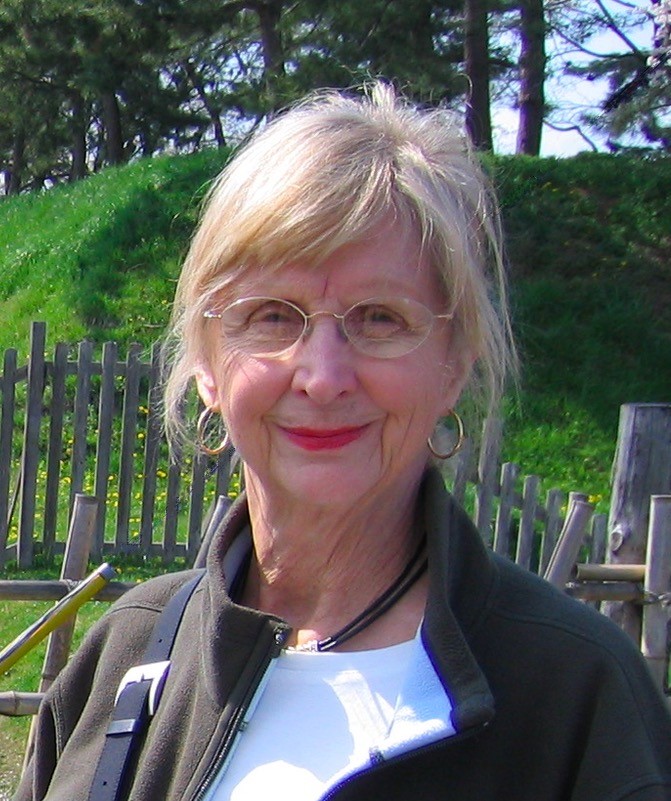 Katherine W. Gardner, 76, passed away peacefully in Bryan on December 31st, 2019, after a brief illness. She was born Katherine Johnson McCutcheon, on September 22nd, 1943, to Katherine Shumway Moore and Kenneth Delano McCutcheon, Jr. Katherine had Scots-Irish, Irish, English, French, and Norman heritage. Her parents lived in the McCutcheon family home on Chestnut Street in Newton, Massachusetts when she was very small, but they later resided at, and helped tend, one of Provincetown's lighthouses.

Katherine was fated to set down new roots, and take on new names, several times in her life. In the mid-1940s, her father left the Coast Guard and moved the family to Bisbee, Arizona, in search of a drier climate. By 1952 Katherine's mother had found herself raising three daughters alone, but this ended when she married Fred Coleman, Jr., an Army dentist from Texas, that year. Consequently, Katherine received a new surname. After relocating to the Dallas area, Katherine was blessed with two more younger sisters, and later, a brother. While a student at The University of Texas at Arlington, Katherine met Don Wood of Dallas. The couple married in 1965, and Katherine changed her surname for the second time.

Don's military service took them to Germany, where they lived from 1967 to 1969. After returning to the Dallas area, Katherine gave birth to her son, Donald, and relocated to College Station shortly thereafter, as Don had taken a position at Texas A&M University. Don and Katherine bought a house on Langford Street, and began attending St. Thomas Episcopal Church in College Station, soon after arriving. About five years later, Katherine gave birth to her daughter, Meredith. She then completed a Master's degree in English at Texas A&M, and began teaching English as a Second Language (ESL) to international students in the university's English Language Institute, a profession she maintained for more than 25 years.

It was in her capacity as an ESL instructor that Katherine spent several months teaching English at the TAMU Japan campus pilot program in Koriyama, Fukushima Prefecture, during the summer of 1989, where she met her future daughter-in-law, Akiko Takahashi. Katherine would make a number of trips to Japan during the first decade of the 2000s to visit her family there—an activity she always enjoyed.

Katherine had become single by the time she retired from Texas A&M University. After living alone on Langford Street for a number of years, she began a new life in 2011 with Dr. Frederick A. Gardner—a union that brought Katherine her final name change. Katherine and Fred enjoyed many happy times—and attended St. Thomas Episcopal Church—together. Unfortunately, however, their happiness was interrupted by Katherine's frontal lobe dementia, which began to manifest itself as early as 2015. The couple struggled to cope with this progressive disease—so successfully that it remained largely unrecognized—until the end of 2017, from which time Katherine was unable to live without constant professional care.

Reflected in the fact that Katherine was originally an art major in college but later switched to English, she enjoyed a life-long interest in drawing and painting—both their practice and their appreciation—and also loved the English language and the words of which it is comprised. When alone, she often read or did crossword puzzles, and when she was with others she would enjoy a good game of Scrabble whenever she could. Katherine also was an avid swimmer for many years, and regularly sang in the St. Thomas Episcopal Church choir. Befitting her nickname, Kitty, she was a passionate cat-lover, but was also fond of dogs.

Katherine was a loving mother and grandmother, and will be sorely missed.

A memorial service will be held at St. Thomas Episcopal Church in College Station from 1:00 p.m. on Wednesday, February 5th, 2020.

In lieu of flowers, donations may be made in Katherine's name to the Aggieland Humane Society.
To order memorial trees or send flowers to the family in memory of Katherine Wood Gardner, please visit our flower store.