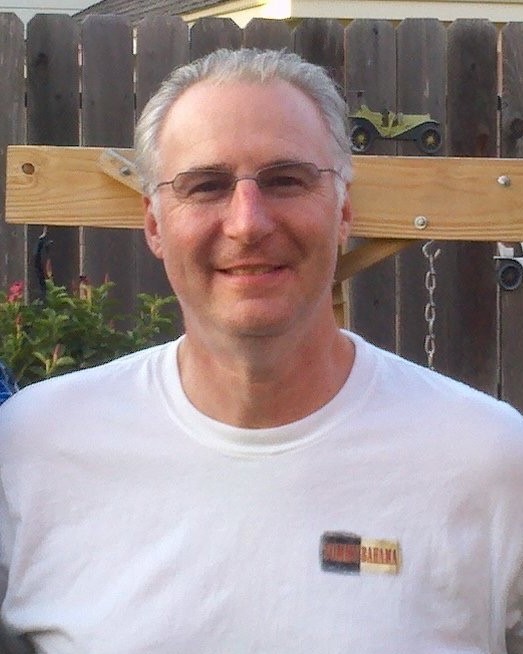 John was born to his parents, Raymond R. Brinker and Claire P. Brinker, on May 1, 1963 in Great Barrington, Massachusetts. He was raised in Stockbridge, Massachusetts, on Edgewood Farm, with his two brothers, Perter R. Brinker and Daniel J. Brinker. As a young boy, he loved to play sports, his favorites were baseball, basketball, and soccer. He also played the trombone in the High School Band. John grew up learning how to cook from his Italian Grandmother, it became a passion of his for the rest of his life. He was a people person, as a young boy, and had many friends that he remained in contact with up until his passing.

John graduated from Monument Regional High School in 1981, and went on to attend the State University of New York in Cobleskill, New York. After graduating in 1983, John moved to College Station, Texas to attend Texas A&M University.

John worked as a Warehouse Supervisor for Coca Cola Southwest Beverages for the past fourteen years. He was a dedicated employee who supported his team. Sometimes, his family thought he was too dedicated, working more than anyone should! But John's response was always, "The job has to get done." He was also active in the community as a member of Brazos Valley Food Bank for many years. He served as president for Brazos Valley Food Bank in 2015. He hoped his involvement in this organization helped impact people, young and old, helping out where he could.

John was a fun and energetic person! John was a family man, and loved being an Uncle to his nieces and nephews. When John became a Great Uncle, he was ecstatic! His family called him a P.U.N.K., Professional Uncle No Kids. He loved to be around his friends and family, he was plugged into everyone's life. If you needed to know how someone was doing, we would ask John! His family would always attend family gatherings, especially if they knew John would be there, because they all knew he would be cooking. He was kind and loving, if you needed him, he would be there, even when you didn't ask or think you needed him. John will always be remembered by his family and friends as an unconditional friend, an amazing cook, and loving Uncle.

John will be missed by his nieces and nephews, Austin and Jessica, Kathrine, Dominik, Jacob and Elizabeth, Jared and Shannyn, and Miranda and Stedman; and his Great Nieces, Zoe, Mila, and Great Nephew Winston.

He was preceded in death by his parents, Raymond Ronald Brinker and Claire Regina Brinker (Pezzatti); and his brother, Perter R. Brinker.

Memorial contributions, in John`s memory, may be sent to Brazos Valley Food Bank.

Cremation services have been entrusted to Hillier Funeral Home.

Services will be December 16th at St Joseph's Catholic Church in Bryan, Texas. It will begin with a rosary at 10 am, Memorial Mass will follow, and a reception at 11:30 am at St. Josephs P.A.C. Internment will follow the reception at Bryan Cemetery.

To order memorial trees or send flowers to the family in memory of John Brinker, please visit our flower store.