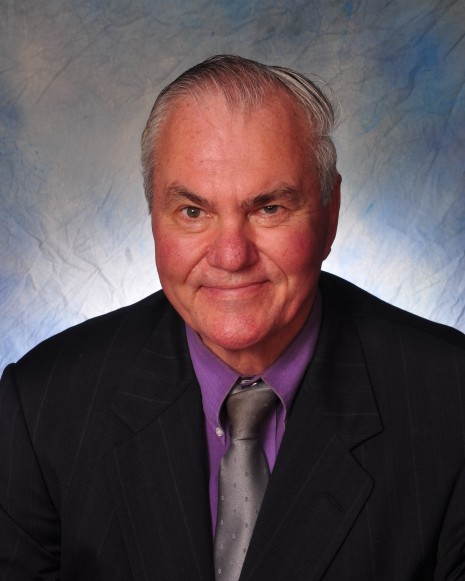 James F. Carpenter made his final cast and then met his Savior face-to-face on October 22, 2019, at the age of 69, doing what he loved.

Jim was born May 15, 1950, to Harry James and Susie (Hoffer) Carpenter in Yoakum, Texas. His parents served our country during WWII; his father was in the Marines while his mother was a nurse. After the war, his father Harry served our country a second time in the US Navy during the Korean Conflict. He retired from Alcoa Aluminum Plant in Point Comfort, where he was a crane operator. After the war, his mother Susie was a homemaker for their eight children. The third of eight children, Jim grew up in Ganado, Texas where he developed his love of the outdoors with hunting and fishing. He also helped his father renovate the family home and while in high school, he worked at the local bakery, both before and after school. He also worked in agriculture, helping out on the local rice farms. Jim attended Assumption Catholic School before graduating from Ganado High School in 1968.

Jim attended Wharton Junior College and then went on to Texas A&M, class of 1972, where he studied Wildlife Ecology. He was a member of the Texas A&M Corps of Cadets, in Hellcat 9. He was also a member of the U.S. Marine Corps PLC program, under contract while he was in college. He participated in summer boot camps and military training; however, due to an injury and an illness, he was unable to fulfill his contract and was honorably discharged. Still needing to provide for his wife and young family, Jim rolled up his sleeves and found work where he could, working neighboring dairies and ranches and as a police officer with TAMU PD. While driving for Central Freight Lines he went back to school at Blinn College, where he got his real estate and broker's license. He worked in real estate business full time for 15 years. He began a career with Texas Department of Criminal Justice. He retired from TDCJ after over 26 years of service. Within the last year Jim had expressed his desire to return to Texas A&M to finish his degree.

Jim was married to Linda Patke Carpenter for over 47 years. They first met when Linda's sister Mary Jane introduced them. Their first movie date was to see A Love Story. The two dated for ten months before marrying on April 2, 1972 at St. Joseph Catholic Church in Bryan. They were blessed with two sons, Mark Christopher, and Douglas Matthew. Jim was so proud of his two sons and wanted the best life possible for them. He became involved in the Boy Scouts of America troop 364, where he was able to help teach his sons and other boy scouts the love and respect of the outdoors. He enjoyed passing on his lessons and many experiences to his sons. He remained an active part of the Scouts until both his boys achieved their Eagle Scout rank. Despite the pressures of work, he always made time for his family. As a family they usually took weekend vacations. They went to Port O'Conner with Fred and Gayle Erwin for a weekend of fishing and fun…Oh, the sun burn that we got. Then there was the trip down the San Marcos River with the Boy Scouts, where he and Linda flipped the canoe going through the first cut. The last vacation he went on was to Alaska with his wife, number one son, and one of his nieces. He got to go salmon fishing with Mark in Juneau, and ride the train in Skagway where he got to see a black bear on the way back to the ship. He even got Linda to go into the gondola and took a ride three hundred feet above the water, even with her healthy fear of heights. Jim also loved the Christmas season, the lights and smells and the food. He especially loved giving gifts to his family and seeing the joy in his grandsons' eyes.

Jim was a jack of all trades and a master of a few. He had a vast mechanical knowledge that allowed him to work on and repair tractors and heavy machinery. He loved being able to take apart a broken piece of equipment and get it back in working condition. He equally, enjoyed the operating of said equipment. Jim was actively involved with Aldersgate UMC where he was active in the prayer and men's group. In addition he was one of four original members of the prayer group that has now become the One Hope Prayer Movement that is scheduled to for April 25, 2020 at Kyle Field. Not only was Jim a great fisherman, but a faithful fisher of men.

Jim loved being outside, fishing or hunting. Most of his family's lives revolved around fishing and that green boat. He spent countless hours working on and modifying that boat, making it into a multi-purpose vehicle. You could bowfish and gig flounder off the front of the boat while running in three inches of water. It was a floating duck blind at one point and at another point it was a ski boat, although the only person to ski behind it was Allen Godwin. The green boat was probably the most important possession that Jim owned - and the canoe "Indian Boat" he built by hand while attending Wharton JC. Jim was always providing support for his family, and supporting his grandsons by providing swimming lessons and supporting the CSHS Cougar band. He was very generous and faithful.

Jim was sometimes an ornery, cantankerous old coot who loved his family and had a strong faith in God. His strong personality could be abrasive at times to some. If he was picking on you it most likely meant that he liked you. He often had a hard time displaying his feelings and how he felt due to his personality. Jim loved seafood of all kinds, C&J Barbeque, a good steak, pot roast, and Sherrie Patke's Italian home cooking. He enjoyed Linda's homemade buttermilk and pecan pies.

To honor Jim's life, his family has planned a visitation to be held on Thursday November 7, 2019 from 5-8 PM at Hillier Funeral Home of Bryan. A Celebration of Life will be held on Friday, November 8, 2019 at Aldersgate United Methodist Church at 11 AM with a Celebration Reception to follow. A graveside service with Final Military Honors will begin at 2:30 pm at Suggs Cemetery in Hearne. In lieu of flowers; please make a donation to onehopemovement.com or to a favorite charity of your choice in Jim's name.

To order memorial trees or send flowers to the family in memory of Jim Carpenter, please visit our flower store.