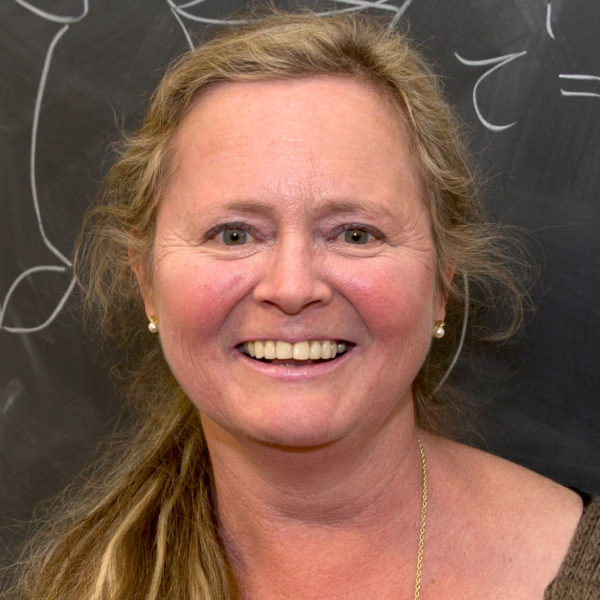 
Melanie Becker, 53, of College Station, a professor of physics at Texas A&M University since 2005 and an expert in string theory, passed away on Friday, March 13, after undergoing cancer treatment for nearly a year.

Prof. M. Becker was born on August 12, 1966, to Ingrid and Karl-Hans Becker in Ahaus, Germany. She grew up in Málaga in the south of Spain, graduating from the Instituto Nacional de Enseñanza Mixto de Torremolinos in 1987. She earned her doctorate in physics in 1994 from the University of Bonn, Germany, while simultaneously completing graduate work at the international particle accelerator laboratory CERN in Switzerland. Following a three-year postdoctoral fellowship with the Institute for Theoretical Physics at the University of California, Santa Barbara, she accepted a senior research fellow position at the California Institute of Technology. In 2000, she began her independent academic career as an assistant professor of physics at the University of Maryland.

In September 2005, Prof. M. Becker joined the Texas A&M Department of Physics as a professor of physics with tenure on arrival and a member of the George P. and Cynthia Woods Mitchell Institute for Fundamental Physics and Astronomy. She was recruited to Texas A&M along with her sister, Dr. Katrin Becker, as part of a five-year, university-wide faculty reinvestment program. Together, they worked to better understand gravity and related theories at the most fundamental levels in order to develop string theory models capable of comparing results from both the standard model of elementary particle physics and cosmology.

Described as one of the outstanding physicists of her generation, Prof. M. Becker was an international leader in theoretical particle physics. Her National Science Foundation-funded research spanned string theory, M-theory, and quantum gravity. She made many important contributions, including developing models for superstring compactification, by applying highly sophisticated mathematics to notoriously difficult problems in physics, which was her forte. Most recently, she and her sister successfully computed the action of 11-dimensional supergravity resulting from a 7-dimensional Kaluza-Klein compactification, including all massive fields. Along with the 2012 discovery of the Higgs boson, she savored this accomplishment as "clear evidence that fascinating discoveries await in supersymmetry," which is an essential component of M-theory.

Whether working in tandem with her sister or independently, Prof. M. Becker was renowned for being serious, hardworking, and dedicated to learning and mastering any amount of material necessary to make original contributions and reach her research goals. In addition to several significant and highly cited papers, she co-authored a book, "String Theory and M-Theory: A Modern Introduction," published by Cambridge University Press in 2007. The book, which has since become a standard among graduate-level textbooks, was written in collaboration with Prof. K. Becker and their Caltech mentor, Prof. John H. Schwarz, a member of the National Academy of Sciences and one of the founders of string theory.

Prof. M. Becker's major awards included a 2001 Alfred P. Sloan Foundation Research Fellowship, a 2004 Research Internships in Science and Engineering (RISE) Fellowship for the development of string theory among young undergraduate female students, and a 2005 Edward, Frances, and Shirley B. Daniels Fellowship from the Harvard University Radcliffe Institute for Advanced Study. In addition to being an accomplished researcher, Prof. M. Becker was widely respected as an excellent teacher with an exceptionally clear and precise lecture style who was committed to the welfare of her students, department, colleagues, and broader profession.

Prof. M. Becker is survived by her sister, Katrin Becker; her mother, Ingrid Becker; and an uncle, Wolfgang Schwarz. She was preceded in death by her father, Karl-Hans Becker.

To order memorial trees or send flowers to the family in memory of Dr. Melanie Becker, please visit our flower store.