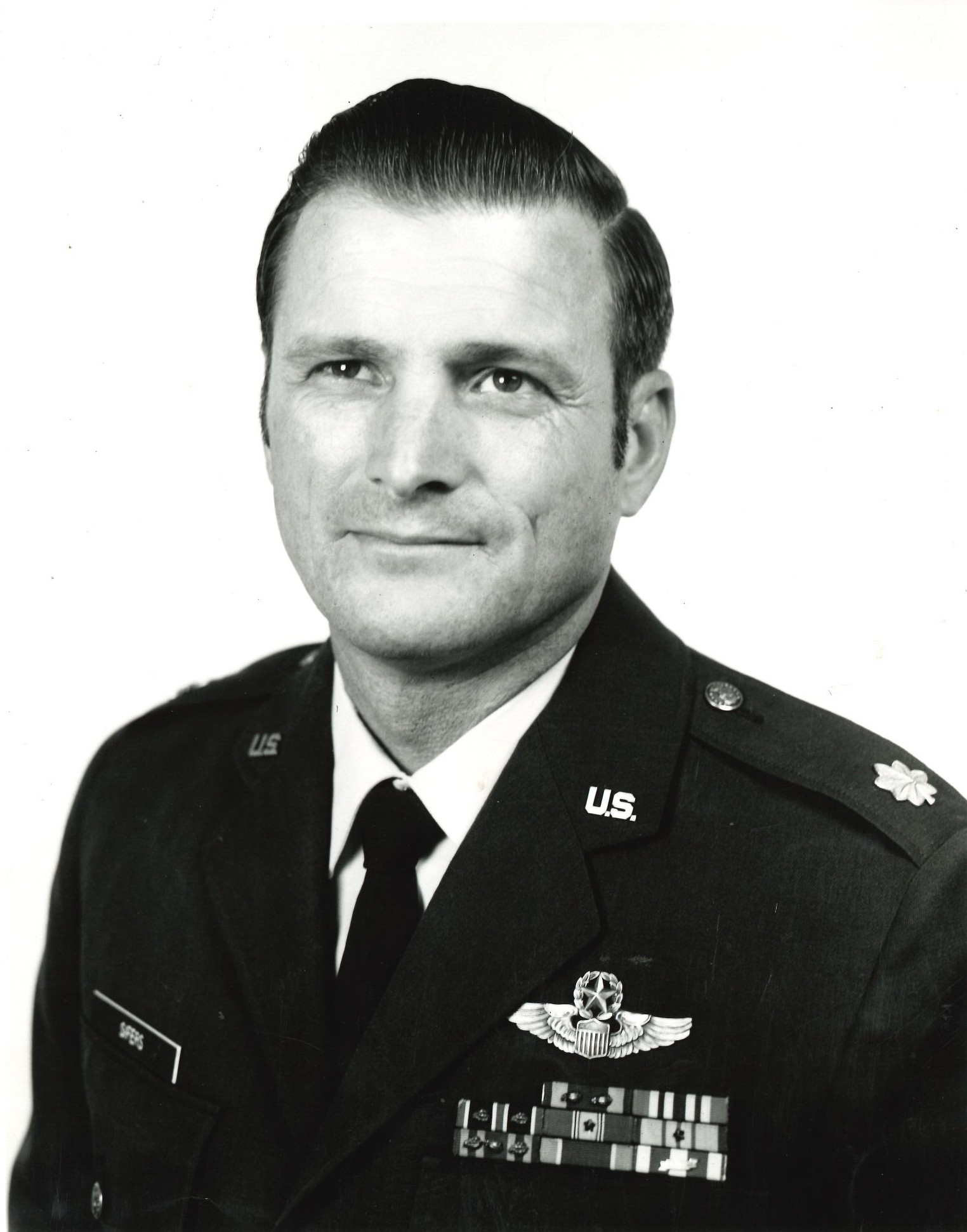 "Oh, I have slipped the surly bonds of earth and danced the skies on laughter-silvered wings."

Samuel Iba Sifers Jr., 89, of Bryan, passed away at home on September 1, 2019. Sam was born November 4, 1929, in Iola, Kansas, to Samuel and Martha (Cornish) Sifers. He grew up in Kansas, Ohio, and Colorado, graduating from Withrow High School in Cincinnati, Ohio, and Ohio University, Athens Ohio. Sam was a member of Phi Delta Pi Fraternity and remained active until his passing.

Sam was commissioned a 2LT in the USAF in 1951 and served 28 years on active duty as a pilot and command pilot. His service included duty as a Squadron Commander and Vice-Wing Commander in Germany, and as Base Commander of Lackland Air Force Base, San Antonio, Texas. Most of his service was spent in units flying the C-130 Hercules aircraft. He had duty assignments worldwide including flying in combat during the Vietnam Conflict. He was awarded the Meritorious Service Medal with three Oak Leaf Clusters, the Joint Service Commendation Medal, the Air Medal with two Oak Leaf Clusters and the Legion of Merit with Oak Leaf Cluster during his service and was an active member of the Order of Daedalians. He retired from the USAF in 1979, at the rank of Colonel (06) and moved to Bryan to attend Texas A&M University.

Sam began his second career as a student of agronomy at Texas A&M graduating with a Master of Science in agronomy in 1986. With this degree he began to work in an area that combined his love of golf with his love of gardening; working on golf courses, for the USGA, and as a turfgrass consultant. He retired from this career in 2009.

Sam was a member of Saint Andrews Episcopal Church serving on the Vestry several times including terms as the Senior Warden.

There will be a visitation at the Hillier Funeral Home of Bryan, on September 9 from 5:30-7:30 PM and a Memorial Service at Saint Andrews Episcopal Church on September 10 at 10 AM with final Military Honors to follow.

"Rest eternal grant to him, O Lord; And let light perpetual shine upon him."

To order memorial trees or send flowers to the family in memory of Col. Sam Sifers, please visit our flower store.