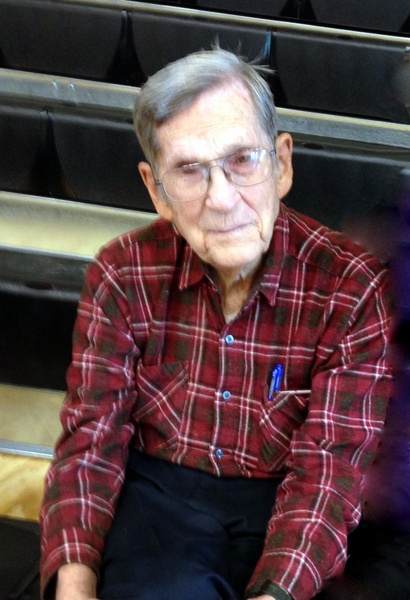 Clyde was born on November 22, 1919, in Jermyn, Texas, to Elmer and Eula (Rhoades) Wilton and grew up on a farm outside of Jacksboro, Texas. His parents raised him alongside his brother LV and Anthony to be Christian men, but as Clyde matured, he began to feel a burning desire to truly know God and God's word. He felt the calling to preach while he was in college and this calling stayed with him for the rest of his Earthly life. Clyde became a servant of God, studying his word and teaching others how to walk with Jesus.

Clyde met the love of his life, Larue Vivian Haley, and they married on October 17, 1943 in Winn Hill, Texas. Together, they raised four children, Aaron, Fawncyne, Kathy, and Stan.

In 1951, Clyde enlisted in the Air Force and served as Chaplain for 11 years active duty before transitioning into the Air Force Reserves. After 28 years and nine months of dedicated service, Clyde retired from the Air Force as a Lt. Colonel.

After active duty in his military career, Clyde also continued to serve in the ministry. He pastored at Skyline Baptist Church in Killeen, served in women's prison ministry, police chaplain, led bible studies, and pastored Emmanuel Baptist Church in Bryan for 40 years.

Clyde was grounded, constant, and ever faithful. He thirsted for the word of God and became a scholar of Hebrew and Greek. He translated God's word and became a published author.

Clyde made friends easily and kept them even after life pulled some into other directions. With the exceptions of Sundays, every day had a dedicated time period to write letters to his friends. This example of disciplined love for others also existed for the studying God's word each and every day. This study of God's love helped him to see the potential in people and aid them in their needs to prosper.

Clyde's discipline was also apparent in his exercise routines, first with jogging, then walking, and then in the pool. He kept records of his exercise as well as many other items. He recorded his jogging miles, amounting to over 23,000 - enough to go around the Earth! He also recorded the number of words used by Gospel writers, the starting and ending time of a preacher's sermon (after his own retirement, of course), and his own health stats.

Clyde stayed active throughout his life, participating with Toastmasters, practicing as a Master Gardener and Beekeeper, competing in various games of dominoes, checkers, and Chinese checkers, and most importantly cherishing every family gathering.

To Honor and Celebrate a life lived as God's servant, a visitation and gathering will be held from 5-8 PM on Thursday, August 29 at Hillier Funeral Home of BRYAN with a Celebration of Life service to begin at 11 am on Friday, August 30 at Emmanuel Baptist Church of Steep Hollow with Final Military Honors to follow outside of the church. Committal services will be held at 2 PM on Saturday, August 31 at Winn Hill Cemetery in Jacksboro, Texas.


To order memorial trees or send flowers to the family in memory of Clyde Wilton, please visit our flower store.