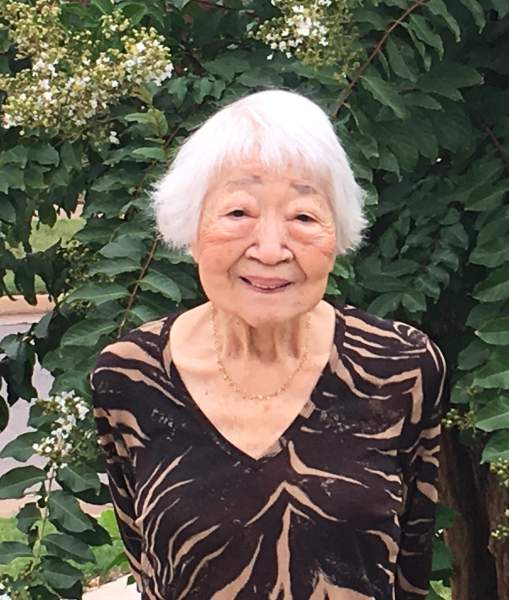 She grew up in wartime Japan, and had many tales to share. She met and married the love of her life, William E. Goodwin who was an Army officer and an Aggie. Throughout her husband's military career, Bonnie made many friends and traveled extensively. She was very talented, artistic, and energetic. After retiring from the Army in 1975, Bonnie and Bill settled in College Station, Texas. While Bill worked for College Station ISD, Bonnie was involved in the OWC Club, gourmet cooking, and the Bridge Club, as well as many other activities.

Bonnie is preceded in death by her parents Tamizo and Setsu Tajima, her husband Bill, sister Matsue Tajima, and Grandson Patrick Goodwin.

Bonnie had a servant soul.

There will be graveside services at Myrtle Cemetery in Ennis, Texas, at 11 AM on Saturday, September 21, 2019.

To order memorial trees or send flowers to the family in memory of Bonnie Goodwin, please visit our flower store.