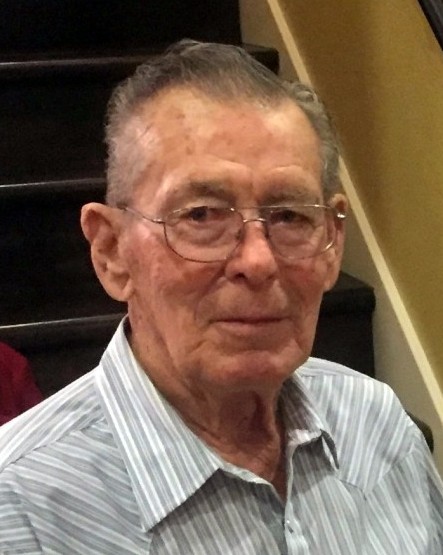 Billy Audrey Pearcy, of Bryan, passed away on Monday, October 14, 2019 after 92 amazing years with his family and friends.
Billy was born on May 16, 1927 in Ranger, Texas, to the late, Jesse Luke Pearcy and Ina Mae Pearcy. Growing up in Levelland, Texas, Billy enjoyed playing sports, including baseball, football, and basketball. He also found an interest in hunting and fishing as a young boy, which became a lifelong passion of Billy's throughout his life.

Billy graduated from Levelland High School, and later, attended Hardin Simmons College. Billy proudly served his country by enrolling in the United States Army, serving in the Army Reserve. Billy married the love of his life, Opal Charlene Newman, or fondly known as "Cha- Cha," on August 21, 1947. Together, Billy and Cha- Cha raised two loving children, Cheryl and David. Billy was very driven and always worked hard to provide for his family. He finally retired from his job as a Mobil Oil Production Superintendent after 35 years.

Billy was known by all those that knew him to have a kind heart, always friendly, and astounding generosity. His loyalty and love made Billy an amazing father, husband, son, and friend. He was a family man and enjoyed spending quality time with his two children, four grandchildren and nine great grandchildren. He would always say "What's up, Buster?" to all of his great grandchildren. His family was the most important thing to him and he showed it every day with his love. He was an avid fisherman, enjoyed hunting, and loved to go trap shooting. He will be remembered by all of his great stories about life!

He was preceded in death by his loving wife, Charlene "Cha-Cha" in 2015 after a long and loving life together, and his parents, Jesse Luke Pearcy and Ina Mae Pearcy.

To order memorial trees or send flowers to the family in memory of Billy Pearcy, please visit our flower store.