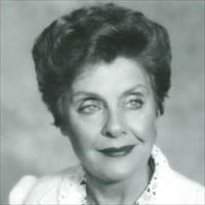 
Ruth Clearfield, nee Chandler was born in Philadelphia, PA on September 4, 1930.  Ruth passed away peacefully, surrounded by family members, at Hospice Brazos Valley on October 26, 2015.  She grew up in Philadelphia where she met her husband of 66 years, Abraham Clearfield.  Prior to moving to the Bryan-College Station area in 1976, Ruth lived in Niagara Falls, NY and Athens, OH.

Upon moving to College Station in 1976 when her husband Abe accepted a position in the Chemistry Department at Texas A&M, Ruth almost immediately became a fixture in the community.  During her almost forty years in Bryan-College Station she was actively involved, often in leadership roles, in numerous philanthropic and civic organizations including: Brazos Valley Symphony Orchestra, Hospice Brazos Valley, MSC/OPAS, League of Women Voters, and the Arts Council of Brazos Valley.  Ruth was the recipient of numerous volunteer awards including the Points of Light Award.

In 2013 Ruth and Abe moved into the Arbor Oaks at Crestview community, and Ruth was very beloved by many residents in that community.

Ruth is survived by her husband Abraham, children Norman and Howard, daughters-in-law Joan and Randi, and grandchildren Rose and Rob.  Private funeral arrangements are being handled by Hillier Funeral Home.  Details regarding a future celebration of the life of Ruth Clearfield, which will be open to the general public, are pending.

In lieu of flowers the family respectfully requests that donations in Ruth’s honor be made to the Brazos Valley Symphony Orchestra.  Please share memories of Ruth at www.hillierfuneralhome.com.
To order memorial trees or send flowers to the family in memory of Ruth Clearfield, please visit our flower store.